Right next to the ancient mountain Paggaio mystical-apokryfistiki "Valley of roses". The "Valley of the Roses" is a very mysterious area, It is evident that hides a dreadful and terrible secrets!!!

The truth about the excavations in Amphipolis!
Dr. Isaiah Konstantinidis

Big noise burst in the summer in connection with the newest archaeological discoveries on the site of Amphipolis, in the Prefecture of Serres, shortly before the famous "Delta" Strymonikos. The excavations showed surprisingly archaeological evidence, Indeed some have argued that it is not excluded among the findings to be… Tomb of Stretched! Please note that Amphipolis was ancient Athenian colony, with important geostrategic value. Eventually, the Ministry of culture (;) approved as a tutorial of the excavations… "crumbs" (!), the time that the Islamic mosque funded lavishly by the fools Greek taxpayer-voters of NE antichristis… 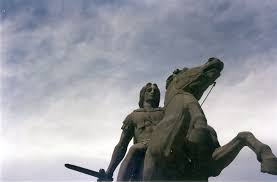 Though there is around the whole background, which may change even current performances and our perceptions of history! Because it is an undeniable fact that under that, just below the paggaio mountain and right next to the famous "Valley of roses" of utmost prehistory, at stake too much even for the present and future of Hellenism!… Besides, knowing in advance the ultimate value of this geographical area, the author has conducted field investigations in the past, part of which was published in our project "Sacramental Thraki, legends and myths», issued the 2009. 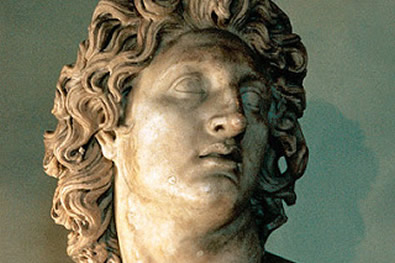 So what's the ultimate secret and terribly great value of this area; We refer of course to the topic and in our book. Here we do a little ' bloom ', a summary, because this area is extremely important from the point of view of historical, geopolitics, and religious. Only then you can become more understood the reasonable noise that erupted in the summer around these new archaeological discoveries, coming even to light amid broader shifts in our region and in the world around!

In this area certainly dominates the Mystic mountain pangeo. [Pangeo: EC of Pan + Gaia, but also an anagram of the name of Mary, that is why the mountain is dedicated to Theomitora]. Pangeo always "magnetize" the researcher and the visitor for the Mystic character, as for the gold that is hiding in the innermost part of the. The fact is that this term has great geographical basis of Stretched army, Moreover, since he previously had Philip remining gold from there, thereby causing the strongest army of his time. This was the Panellines of BC. period, in an attempt (After the Evagoras Cypriot) to join the forces of Hellenism and spread eastward, ekpolitizontas Asia and saving the world from barbarism!

Today over on top of the known Elevation Christian monastery of Panagia eikosifoinissa. Though the monastery is situated on dominant point (from where and the panoramic view of the area: Pangea), where once stood the ancient Thracian cult Centre of orfismoy! Indeed, here was the exact spot (According to our own studies), in which Orpheus taught his disciples everything: by divinity and metaphysics to astronomy and mathematics!… Orpheus is now regarded as "before Christ Christian», He taught among others and monotheism ("in everything») and shows the bear… crucifix (!), just like those of Jesus Christ… 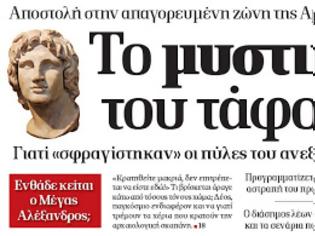 The etymology of the name probably means "one who grows from the terms ' or ' Orofeas ' is (with apalleipsi then for phonetic reasons the letter "o"), i.e.. "he is at the top", Hence the word "roof" etc. And indeed, Orpheus, as good Shepherd, each dawn came on top of Mt. paggeo, They greeted with elation on the right hand held the rising sun! [What uneducated people call now… «fascist» greeting!!!]. 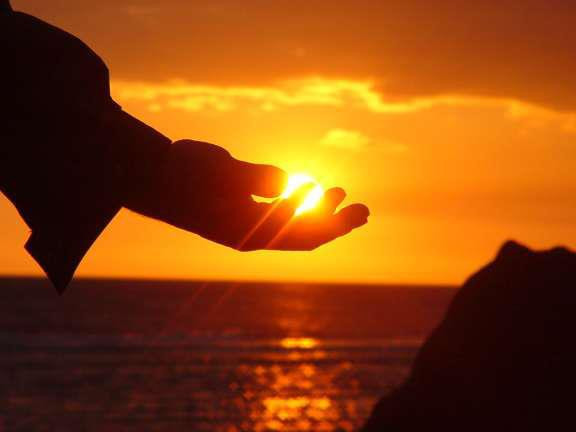 Orfismoy symbol, like later Christianity, There was the Sun, either static (as the cross) whether on the move (i.e.. the rotating swastika or swastika). [It is evident here that the ancient solar symbols the Greeks some "progressive" tholokoyltoyriarides trying to disparage, presenting them as supposedly "Nazi", regardless of whether these proϋpirxan of Adolf Hitler during… a few thousand years!…].

Though, also, in Paggaio mountain have been found and symbols (Besides swastikas), Some consider… creations of alien culture!!! This is the famous rock carving of Mt. paggeo, from the oldest in the world (Maybe older, Why not;), for which in the past was a lot of talk about their origins, their usefulness, etc. However, we would say that the truth is somewhere in the Middle (you never have to be extreme): that i.e.. the symbols of brachografiwn of Mt. paggeo are human constructions, other than divine-extraterrestrial inspiration, which performed ' special ' ceremonial religious character, based on the movements of the stars and the Zodiac. 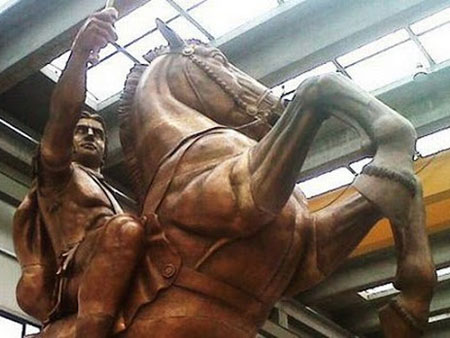 Right next to the ancient mountain Paggaio mystical-apokryfistiki "Valley of roses". The Rhodes course is clearly solar symbol (see. and the above cited our work). Hence the Isle of Rhodes was dedicated to the Sun, that is why the port once dominated the famous colossus of Rhodes-Sun God. From Rhodes (rose) comes the word "wheel" (wheel), as a semantic value which represents the rotating Sun. [even the Gypsies, I think until today in the Sun, have as their international symbol of the wheel]. The "Valley of the Roses" is a very mysterious area, It is evident that hides a dreadful and terrible secrets, and today there is the name "Rodolivos»… I.e.. a "Meadow" [= Valley] of roses!!!

Of course most people failed in the summer to understand the huge stakes for the Hellenism of the excavations of Amphipolis. Like "stunned chickens" by the blows of memoranda of understanding modern Greeks still blithely persons engaged, as Samaras and Boyboyzelos! Unable to capture the universal force of Greek culture. So I hit today, straight in despair, unemployment, depression and the baby bust…

But it is still subject to has awesomely great importance for the present and future of Hellenism! Because at that point are very well kept big secrets!… Which archaeologists slowly brings to light the day. Even though there are lathrolagnoi Panagiwtopoyloi, who "escaped" of the Hellenic Army, We do everything in order to islamopoiisoyn afellinisoyn and the sacred place of the Greeks! The theme has continued. And with many and varied dimensions. The "red Panoi" soon won't exist as political subjects, will be… politically dead! But until then, as has been said, "we will take all the forums… NOW, NOW, NOW»!
http://volcanotimes.blogspot.gr/