Strange Campaign of Alexander the Great… 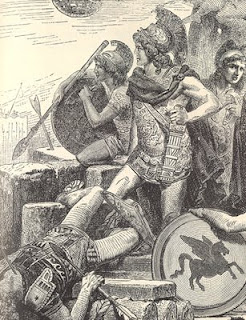 The Macedonian general, the great prince, He passed in history and won a place in eternity as it managed to conquer most of the known world. Having prevailed in Greece, campaigned against the Persians, He spent in Asia Minor and reached India, subduing peoples found the way.

But what made him stand out from other megalyos generals archiaotitas was that the conquests did not let destruction taste, but creation, since he chose to respect the traditions and customs of the peoples conquered, while huge was the cultural work he left behind. The course came to us through his biographers and historians, either his time or later. Among them Pausanias, the doggie, Arrian, Strabo, but some ambiguous as Pseudo-Callisthenes.

Modern scholars of the life of Alexander the Great revealed a new very interesting aspect of history, dressing the course of a commander… metaphysical mantle. Since the campaigns of us come one of the first documented reports of UFO viewing (flying saucer) and many other cases, as close contacts with kynokefalous, reptilian, infernal creatures and giants.

Because one can not be sure about the exact nature of these strange descriptions, We decided to devote a few lines, the presentation of these cases, leaving the reader to draw his own conclusions. 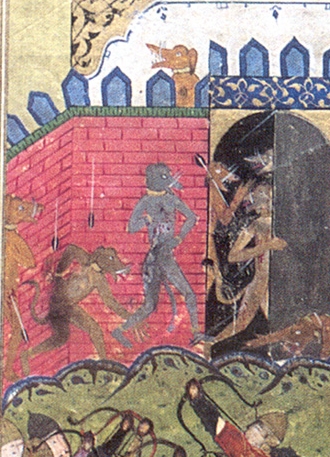 The project “Anabasis Alexandrou” Arrian, there is the recording of a strange incident in which there was great importance, likely because it was fictional product. It happened during the siege of Tyre and, According to the text, “flying shields triangular formation appeared in the sky, over the heads of the soldiers Macedonians”. Then they went shields made laps over Tyre, while one of them unleashed a fiery light beam. And followed other, in front of the surprised soldiers, until a portion of the stone walls of Tyre collapsed, allowing Macedonians to invade city.

For many years he had not paid particular attention to this passage, perhaps because he was translated as Arrian's attempt to show that Alexander had on his side the help of the gods during the campaign. This divine assistance was widespread and followers stou commander who believed that the gods were protecting their leader. Another possible reason for the crowding of the passage is the fact that throughout the Arrian work encounter very often references to sudden weather changes, so could the incident have been interpreted as such.

Foreign scholars have based extraterrestrial phenomena linking campaign with unidentified flying objects in cases such as that recorded by Arrian, but piathnon to extracts from Megasthenes and Ptolemy. Among them, Frank Edwards and W. Raymond Drake, has given extensively on the subject in his book “Gods and Astronauts in Greece and Rome”, written in 1976. In the same direction have been opened and other scholars in the Erich von Daniken. The Drake , giving his own analysis in Allen, He argues in his book that even a UFO incident was recorded during the course of the Macedonian army to India. According to the text, the sources of which of course does not reveal, near a river two flying boats appeared, described as the shields of Tyre, which stormed by soldiers. The result was panic soldiers, horses and elephants and not to cross the river. Indeed, he refers to them as “Things godsend by unknown gods”. 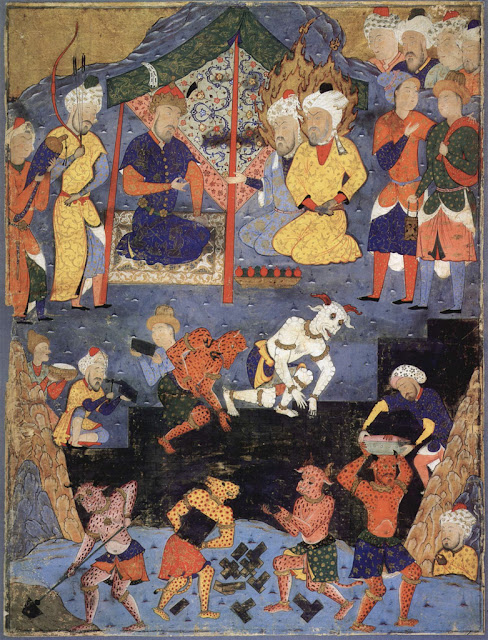 Another reference to strange creatures which were dog face and body of a man found in his Psefdokallistheni “Alexander's novel” or else “Booklet of Alexander the Great”. It is worth mentioning that this text is considered the first novel of the Western world and therefore what is recorded in this treated by most as great stories.

According to the novel, Alexander encountered in India race of Skylokefalon. They had a human body with dog head, They walked like dogs but spoke like people. As characteristically writes Psefdokallisthenis, “Eskotosen Alexander and many of those, and after ten days, leaving the place of, He went to a village…”. Certainly the author “booklets” acquired this nickname because it has based his work on the writings of Callisthenes of Olynthus, history that followed the commander in campaigns, but also in “Kingdom Newspapers” which was basically a diary of the campaign and was conceived by the clerk of the court. So, Some later scholars have questioned as to whether it is absolutely fantastic what states.

The creation of a legend

Alexander the Great have been attributed by contemporary and later scholars properties border on legend. divine powers, battles with strange creatures, encounters with giants and monsters of which always came out winner because of the vigor and intelligence of.

The recordings of several biographers and historians of the era can be treated today as sufficiently reliable sources. The rest, particularly those written later, based on these records, assessed as mostly as fictional texts aimed at beautification of the ruler and the exploits of. The interpretations that can be, as we have seen, are many and varied. The choice is yours….