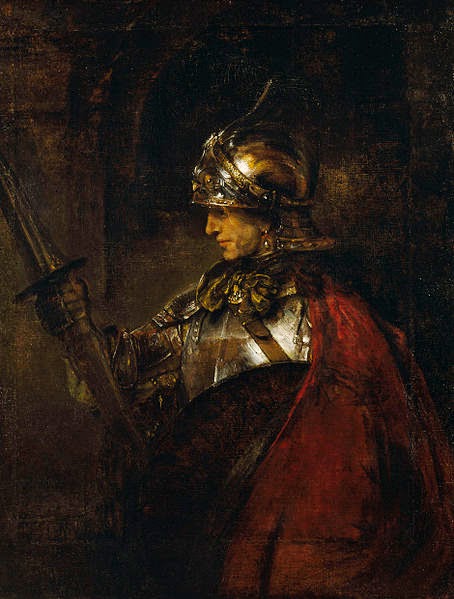 Alexander the great stayed in the history of the world's largest stratilatis and excelled on the wisdom of, the lightning-fast wit, the audacity of, but above all for the martial abilities even when the conditions weren't favorable. 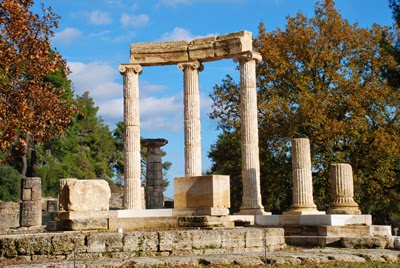 THE PHILIPPEIO AFIERWTHIKE BY FILIPPO B΄META THE BATTLE OF CHAIRWNEIAS AND APOPERATWTHIKE BY M. ALEXANDRO (Opposite the entrance, in the middle of the Cella, on the semi-circular pedestal was set 5 chryselefantines plastic pictures, illustrating the members of Royal family: of m. Alexandrou, his parents, Philip and Olympias, and the parents of Philip, Amynta and Eurydice.)
At the age of 18 Alexander chronwno took part in the first major battle in Chaeronea the 338 e.g.. in the pleyro of his father Philip II’ King of the Macedonian Kingdom '. The battle was decisive and goal was the victory that will help shape the political situation in Greece. Alexander fought administering the Thessalian Cavalry.
The Timokleia was a Thibaia Aristocrat, sister of Theagenes, the head of the army of Thebes at the battle of Chaeronea,
After winning the Commander, the city razed, thousands were killed and sold as slaves. Alexander ordered not only destroyed the House of the poet Pindar. Alexander had delivered as trophy honor and fortune of Thebes, at the disposal of the army.The Timokleia arrested and driven to Alexander afoy killed , throwing him into a well a officer from the Thraki.Alexander asked, What waited to happen after the Act of. She stood with courage towards him , stating that unless the holding shackles of katasparasse him with its own claws. Alexander cultivated and just gave command to leave the free Timokleia and his soldiers to protect and to lead safely to the House of Pindar . 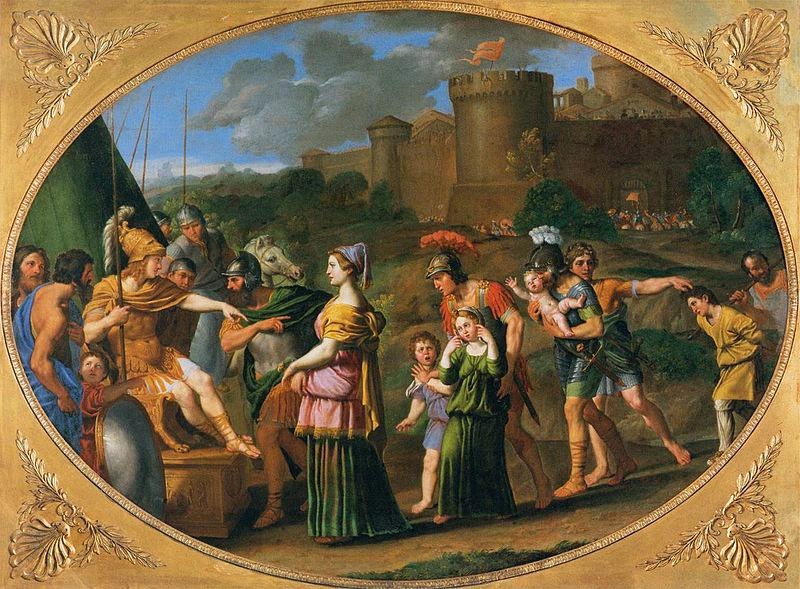 This was followed by the battle of the Graniko River 334 e.g.. towards the Persians, which constituted the first real confrontation with the Achaemenid Empire. The battle was victorious for Alexander and became a strategic advantage for the future course of the Macedonian troops on the coast of Asia minor from the spoils left in the battlefield the barbarians, sent 300 armor in Athens, to decorate with them the Parthenon. In a votive inscription instructed to write the following: "Alexander Philip and the Greeks, except the Lacedaemonians from the barbarians of the Asian oikoyntwn '. Excluded the Lacedaemonians and stigmatize them m’ This way, because it was the only Greeks who did not took part in the campaign.

In the spring of 333 e.g.. arrived in town Gordian. There was a car with a complicated knot, known as Gordian knot. According to tradition whoever the solve, would become Lord of all Asia. Alexander without wavering he cut with the sword of the intractable knot wanting to show so that his sword will conquer Asia. After it passed the towering Taurus Mountains and getting sweaty on the river fell into the waters of Kydno, to cool. It got heavy, but his personal doctor Phillip saved him. 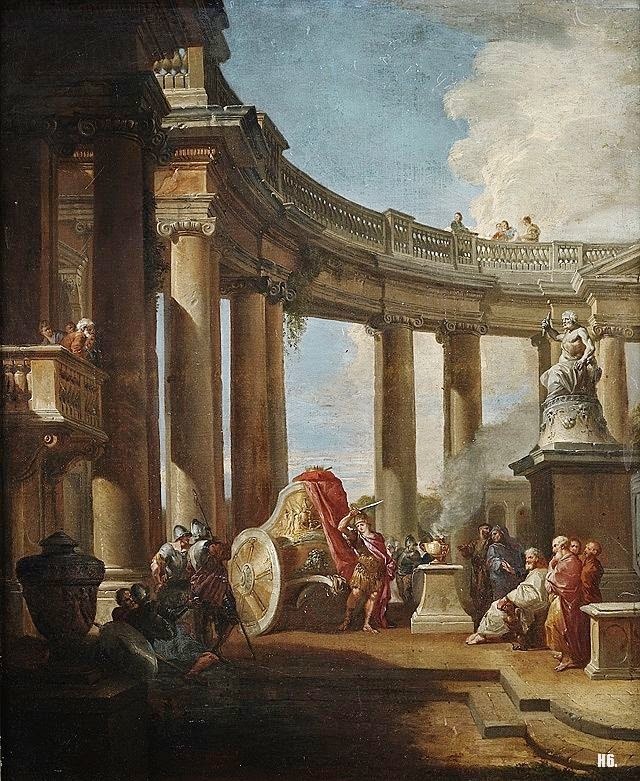 Not so long ago and the Macedonians led by Alexander encountered the enemy troops the Persians which led by their leader Darius c’ at Issus the 333 e.g.. 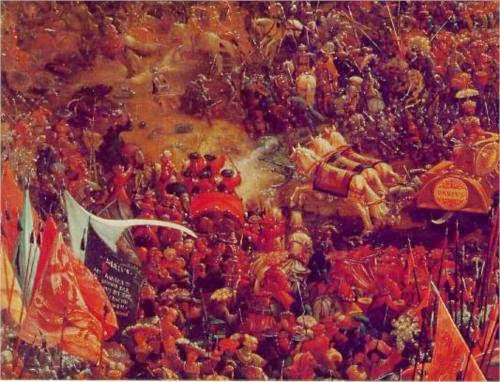 The Battle At ISSUS Albrecht Altdorfer In 1528
The battle was significant and the victory even more important since the few Macedonians to flee them aside far more Persians. 500.000 Persians disbanded again and Darius escaped by fleeing. But left in the hands of Alexander's mother, his wife and his children. He, however, was carried with magnanimity and ippotismo to high captives of.

Then proceeded south and arrived in Phoenicia, which seized me and captured its fleet. Also occupied Palestine and Egypt. There he left his army and with a few choice men proceeded in the desert, to visit the Oracle of Ammona Jupiter. After an adventurous journey arrived at xakoysmeno shrine, where welcomed the priests with great prices and the high priest he addressed him ' child of Zeus». From there equipped with oracles that were saying that I was dominating in Asia, He returned to Egypt and started to prepare his army for new battles. After, Once engraved the shores of Egypt and near the mouth of the Nile the walls and streets of the new town, of Alexandria, back in Asia. 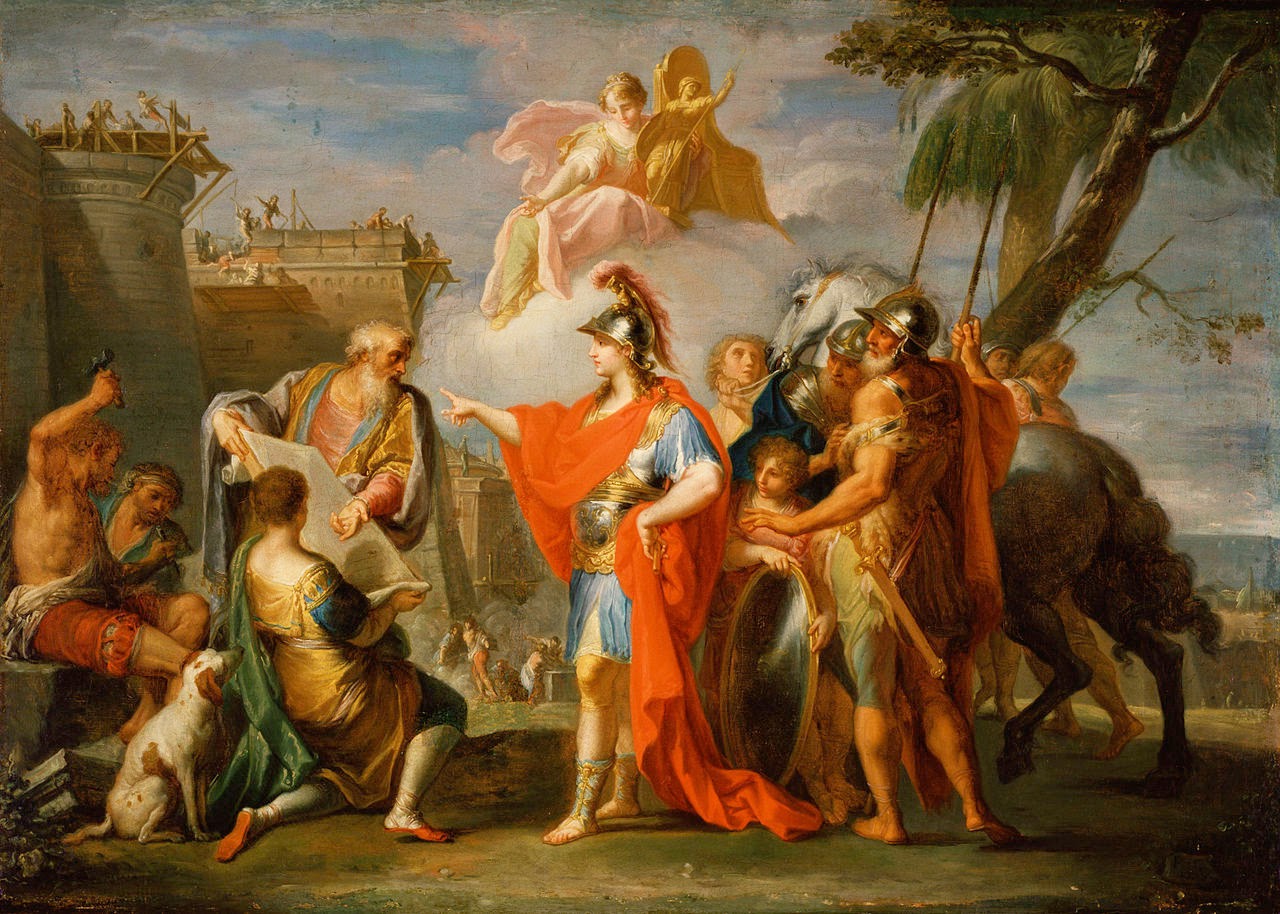 During the same year (333 e.g.) Alexander the great on his path towards Phoenicia took another important win but this time the strategic importance. Besieged for about 10 months and eventually conquered the city of tyre which in the opinion of Alexander possessed exaichoysa geographical location strategic nature.
THE SIEGE OF TYROY 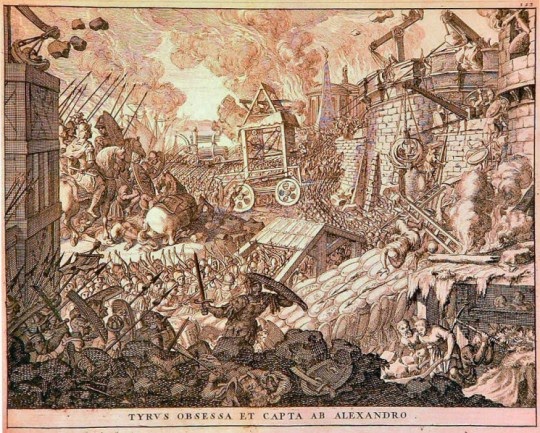 “Friends and allies, I see that our course towards Egypt are not safe, as the Persians prevailing at sea. Nor is it safe to continue the pursuit of Darius, as we have behind us the insolvent city of tyre and the Persians occupy Cyprus and Egypt. I have problems especially in Greece. If the Persians regain the domination of the coast, While we will proceed against Babylon and Darius, We carry larger forces the war in Greece. There from a Sparta fights us open, from the other Athens the control currently more because of fear and less because us likes. But if you destroy the Tyros, not only will prevail throughout Phoenicia, but the most important and most combat-capable piece of the Persian Navy, The Phoenician, will pass obviously in our hands. ”
With these words easily convinced them to attack the Tyros. He was influenced also by a divine sign· on the same night, saw dream that approached the walls of tyre and Hercules himself received him and led him to the city. The Aristandros explained saying that Tyr will be occupied with trouble, because the labours of Hercules with effort made. It seemed really difficult the siege of tyre.
THE SIEGE OF TYROY 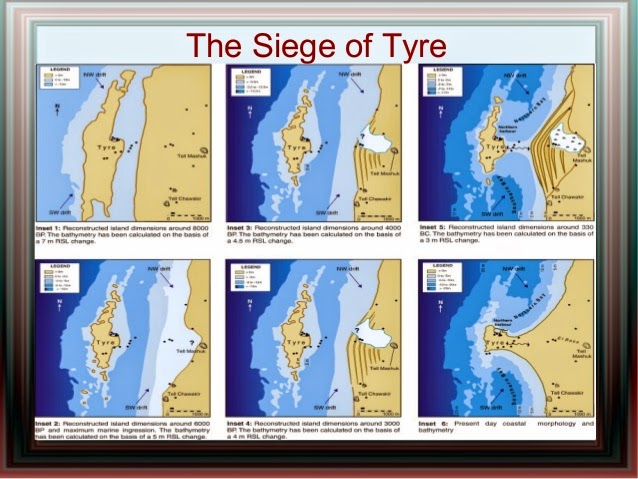 As the battle of Gaugamela or battle in Gaygamila refers to the last and greatest battle of Alexander c’ Macedon against Darius Iii Kodomanoy the 331 EUP, Thanks to which Alexander bent the last resistance of the great King in his course for the seizure of the Achaemenid Empire. Possessing the Alexander coast If. Mediterranean and neutralize the Persian fleet, He was about to pass in Mesopotamia. Before start, I had to suppress the insurrection of the Jews of Samareias who had burn Andromacho alive, General area.
The same evening (20 September 331 EUP) Total Lunar Eclipse happened and fear spread in the camp, as the Eclipse was considered a bad omen. The Soothsayer however reminded the Aristandos troop that according to them Persian magicians the Sun is the emblem of the Greeks and the Moon emblem of Persians. Then he sacrificed to the Moon, the Sun and the Earth the soothsayer and examining the carcasses found that Eclipse was favourable for the Greeks and that within a month would become victorious battle.
Alexander, however, is not fully satisfied. As living Darius, the conquest of the Persian State cannot be considered to have finished. For’ This continues the persecution of.
Moving overpowers Babylon, Susa with the Royal treasures of Persians and lastly the ancient capital, Persepolis, where were the fabulous Palace of Darius and the tombs of his ancestors. There was Alexander King of Persia and then continued the pursuit of Darius. But meanwhile the satrap Bessus of Bactrian captured the Darius, in order to make himself King of Persia and, when escaping prosecution by Alexander saw that Darius would fall into the hands of the Macedonians, killed him. Later Alexander caught the Bisso and surrendered to the Persians, to punish those like like.
The battle in Gaygamila (329 e.g.) meant perfect disaster of the Persian army and the death of Darius the Persian State's entire allegiance to Alexander.

In India passed after the siege of Aornoy Stone for the celebration of epinikeiwn built Temple and sacrificial to the Nice Athena. When the Aornos Petra Arriano (Pir Shar) It was rock and unique access immune was only a path, artificial and rough . 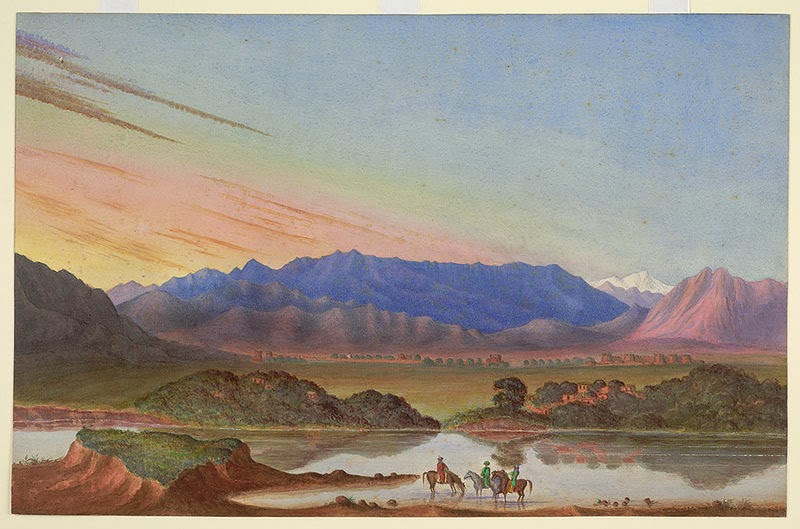 AORNOS PETRA Pakistan table area 1850, of General James Abbott
The cities fell one after the other, until reaching the Ydaspi River met the King Porus waiting for him on the other side with a large army, Cavalry and 200 elephants. But managed to pass his army across, to beat the Indians and capture the captive Porus, whom, because admired for his bravery, the forgave and instructed again the administration of his country. In this battle he was killed and the Bucephalus. Alexander burried with his favorite horse and the place that he built a city, which gave the name Alexandria Bucephalous. 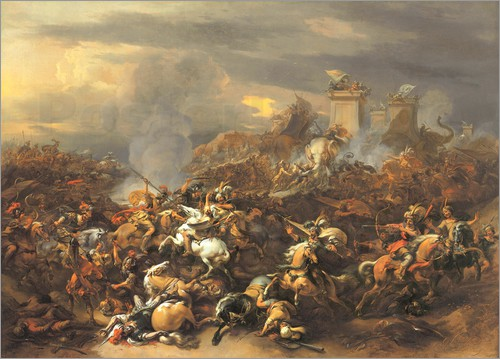 THE BATTLE OF YDASPI Nicolaes Pietersz Berchem 1640 THE BATTLE BETWEEN ALEXANDRE ET PORUS
But his troops were tired and refused to continue the conquests. Then Alexander had to return (326 e.g.). In the land of Mallwn was wounded and had to be killed. Then proceeded to Patalla. After a part of the army sent to the fleet in Persia. These leader had put Admiral Nearchos. The same with the rest of the Army crossed the desert Gedrwsia, where they lost the 3/4 men and reached the capital of Cigars. 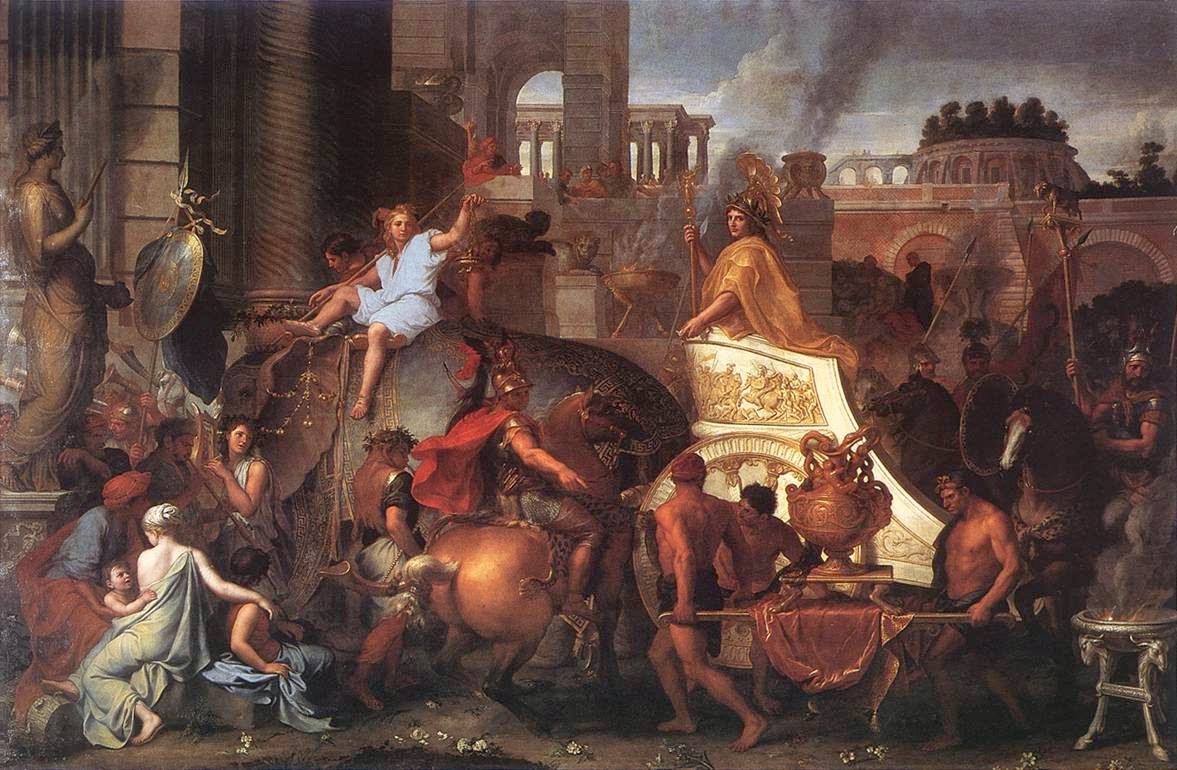 RIAMBOS ALEXANDRE (THE ENTRANCE TO VAVYLONA) Charles Le Brun 1673 MUSEUM LOUVROU
Alexander, completed the unification of autonomous Greek city-States of the era, and conquered almost all over the then known world (Asia Minor, Persia Egypt etc), arriving on the outskirts of India and returned to Babylon where he began to organize the circumnavigation of Arabia and explore the coast of North Africa. 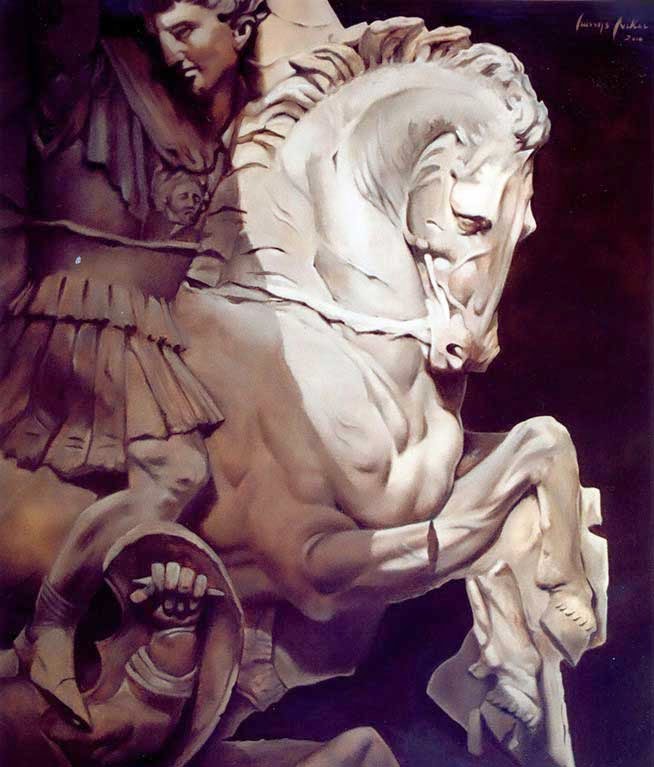