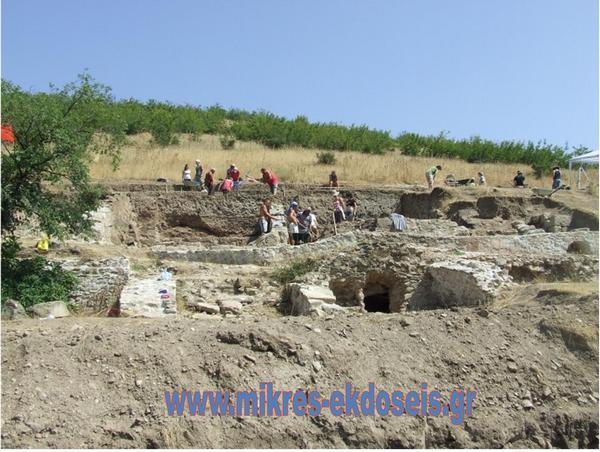 Petritch-Bulgaria.
Repeated from today- 26 September- the archaeological excavations of the great ancient city of Heraclea of Sintiki, According to the Director of the historical Museum in Petric, Sotir ibanof.
The ibanof spoke in Bulgarian ' Fokoys ' Agency for the work of excavations in the area and for the ancient city.
FOCUS: Tell us k. Ibanof for the ancient city and what has been found during excavations made near Petric.
Sotir Ivanov: The city is called Heraclea Sintiki. The name comes from Hercules and region Sintiki, where lived the Thracian tribe of Sintwn. An interesting Thracian tribe mentioned in the early exploratory work of Greeks in the region.
Firstly, this tribe lived on the island of Limnos, around the eighth century before Christ. The Greeks of Homer and then began to write for the Sintoys.
It is clear that the Sintoi under the pressure of Greek colonization along the coast, climbed further north and captured the area which we define as Middle Struma Rupel pass – that separates the South from the North of Kresna and specifies the strimon Valley.
Identified as a part of the pelasgikis tribe. The Pelasgians, According to the ancient Greeks and their authors, He was the oldest population. Pelasgians, THRACIANS and Greeks come then during the latter part of migration. 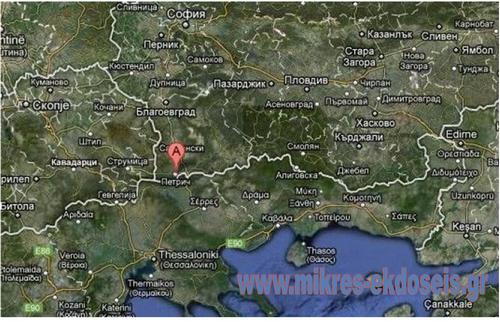 Of Course, There is also the theory that Sintoi of Lemnos with the Middle Struma Sintoys not had any connection, just be coincidence of names. But referred to in 8the and 7the century BC. and we cannot be absolutely sure, haven't done any research based on inscriptions monuments, historical inscriptions and archaeological monuments of the city itself.
FOCUS: What are the Sintoi and how much interest there is for this city made excavations;
Sotir Ivanov: The Sintoi are interesting because they cut their own currency and depicting Hercules and writes IRAKLIA and underneath SINTIKI, This indicates that there were large business-oriented.
As the town Heracleia Sintiki is referenced by the 4the century BC. until the 6the century a.d. Flourished over 1000 years. In the historical Museum there is inscription of Petric 308 with the Emperor Galerio visited Ercolano Sintiki, referring to the judicial officials of this city. The inscription is in Latin to 24 lines and there referred to the city as Herculaneum Sintica. Before the inscription revealed that many believed that the site belonged to the ancient city of Petra.

FOCUS: From where emerged that was the Stone;

Sotir Ivanov:: The French Consul in Thessaloniki before the great French Revolution of 1789, Maria Sprikozineri, made a trip to the Valley of the Struma. Found in the area, saw the Antiquities and said that town Stone associated with the course of Philip v. Since then the 1789 until the 2002, investigators were told that was the ancient Stone. The 2002 the inscription was discovered by the real name of the ancient city. This is Herculaneum Sintica, Eraclea Sintiki, one of the oldest cities in the region with great historical significance.

FOCUS: When excavations began and what transpired;

FOCUS: Found something from architecture or the Organization of the city;

Sotir Ivanov: Yes. At the time of Philip II of Macedon began to conquer new territories, the 346 the Sintioi was predominant and it seems from the Ember King Sitalkis who campaigned against Macedonia, through the Valley of the Struma River, Although there was a more comfortable route from the upper Valley of Struma, but he preferred the current Maliskebska and Blachina while hiking through the wild vegetation of the mountains as the street was no obstacle for the Sintoys.

Later when Philip Ii started with the idea of the conquest of the Balkans, the Sintiki Heraclea was on his way. After the 346 e.g.. the Heracleia was conquered by the Macedonians and later on Kassandrou was one of 10 Royal cities.

As a royal town was the city with the criteria of the ancient Greek city, annual judicial power, with the relevant local court. The city had a clean architectural character and according to the ancient writers had a population of 30 until 40 thousands of people. Probably followed his system Ippodameioy Centre (as in Miletus) with landscaped roads that met downtown.

FOCUS: What buildings have anabrethei until today; 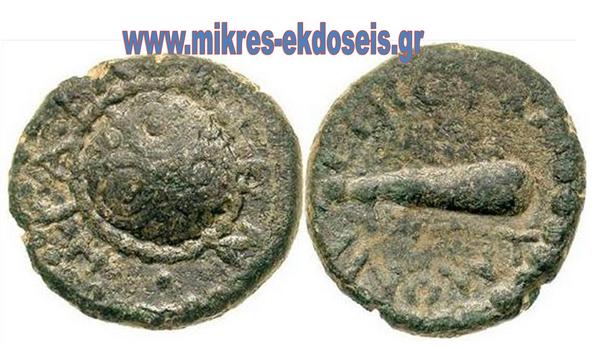 Currency of 1th century BC. from the findings in Eraclea Sintiki- illustration of Nemesis
Sotir Ivanov: We found a laboratory for creation of terracotta masks and related items. Were ancient masks for use in theater. Most likely imported from Athens or Corinth, It's exceptional mastery. However, We are confident that in the ancient laboratory discovered produced masks, having found the matrix that built them.
We found IE molds that were placed to create mask, which then were being baked in a kiln South, outside of the conurbation of the city.
This is due to the fact that the ancient cities have very strict rules for the prevention of fires of the ovens, the who were usually near river. Visor is found distressing and masks that are hilarious.
This workshop in Eraclea the Sintiki, requires City Theatre. Also, actresses who were male and had to play the female character in theatrical work, then I had to put a visor. After all how could represent the God Dionysus;
The workshop was from proswpidwn 2the century to the 4the century then made foreign invasions which eventually brought the fall of the Roman Empire.
Known hackers are the Goths that are associated with the emperors and the military crisis in the Roman Empire. The attack of Goths was in 248 a.d. and the second the 268 a.d. The Goths were defeated by the Roman army however caused serious disasters in all regions.
At 26 September 2012 the excavations have continued with a larger group of Dr. Ludmil Vagalinski, National Archaeological Institute, Professor Ivo Cholakov and other colleagues. This year is divided into two excavation seasons. The first was in July that the job was done with American archaeological team and now the second, in September, that will keep until October the occupations will be the preservation and storage of artifacts and the publication of archaeological work in the scientific world, that is an important aspect for the visitors of the region.