Us see some info for the site of the ancient history of the region. Amphipolis has a direct relationship with the paggaio mountain where means Everything-Gaia = the whole Earth. Amphipolis means the Amphi-Polis = Audi, "from both sides" where implies two sides of the city = the upper and the lower.
For to see how they are all connected.
Well.
The THRACIANS, It was the people where already from the archaic years constituted the bulk of the population in General and of Elevation between the Strymon and Nestos country. It was what place of Orpheus, of Moysaioy, of Thamyri and of Eymolpoy, where were those people taught the divine mysteries and the music.

Keep in mind the name of the Eymolpoy you. He was the progenitor of Eumolpus ieratikoy genus of Evmolpidon.He was the son of the god Poseidon and Chionis, grandson of Boreoy and Wrythyias. Not random where we see there is something weird is happening in Neptune from behind. Poseidon does not go well with her fellow Jupiter. Poseidon , I need to learn, I need to know and that you have in your mind is how is the progenitor of the Atlases. They always hunted them where Greeks. Jupiter is the leader of the Greeks. Where kids of Poseidon , from back there are always suspicious of things. How to call in the tradition, When the Chioni begot Eymolpo, because they feared her father, She threw the baby into the sea, so his father Poseidon, as God of the sea, the protected, the went in Ethiopia . Here that you and your fellow mind again because it implies the submersion of Atlantis where many survivors Atlases in several areas went secretly , among of which ETA and the Egypt, Ethiopia, the Libya, the Greece.
From there he got the appropriate instructions and went to Thrace , stayed there to King Tegyrio for being founded there the Cabeiri mysteries. Those myoyntan in the mysteries of the Cabeiri were saying that they were the power to avoid the risks, to succeed in the most uncertain efforts and defeat enemies. In the mysteries of these myoyntan men, women and children at night, having previously were peeled and washed away. At the initiation were putting the candidate on the throne so the initiation was called thronismos. myoymenoy put at the head of the olive wreath and around the belly one red stripe which will safeguard from any danger. After he went in Elefsina. There was a priest and founder of the eleusinian mysteries. The eleusinian and sacramental celebration ceremony was held at Eleusis in Attica in honor of the goddess Demeter and Persephone.

The priesthood responsible for the ceremony consisted of descendants of Evmolpou, the Eymolpides, daughters of King Celeus {in King had hosted the Keleo goddess Dimitra} and from priestly lineage of Kirykwn ,who attributed their origin in Hermes and Aglayro. From the Eymolpides came the Ierofantis mysteries, While their Preachers from the torch bearer. {See the faces of the mosaic}.
Small Eleusinian constituted “preparation” for the big Mysteries. Small Eleusinian constituted “preparation” for the great mysteries. Seem great mysteries in the ceremony was divided into three sections: the happenings, during which there was a representation of the story of Demeter and Persephone, and the Rapture of the latter by Hades and wanderlust of her mother to find her, the deiknymena, where the Ierofantis come to the sanctuary and came a little later with the sacred objects of the two deities, which projected to the initiated, and so-called, symbolic phrases of initiates. Followed the highest degree of initiation called supervision. The central symbol of oversight was a COB, which was kept in the sanctuary of Telestirioy and after therizotan rituals by the Hierophant, This same guideline was to the faithful as a symbol of inexhaustible creative power of mother earth.

The ancient writers avoid to give more details about this item, as anyone who participated in the mysteries and reveal something of the ceremony punished with death.
We need to know that their continuity is the current masonic lodges.
Called how the insiders in the mysteries were an idea of what is there after the death. Where goes the soul. Even though further away we can see that in how synwmotika them laboring in ekpaideyontoysan secret enclosed spaces above s human known forces and had relationship with atlanties entities where ypogiines possessed dark powers of authority .
There in Pangeo , term where he had very gold and where it was useful for reasons we are unable to develop where here , It was the basis of the original mysteries. There went and kadmos , the son of King Agenor of Trojans and Tilefassas. { Troy was a cave where atlanteio and again disbanded by laboring Greeks. It was a epanastilwsis effort of Altantis.} 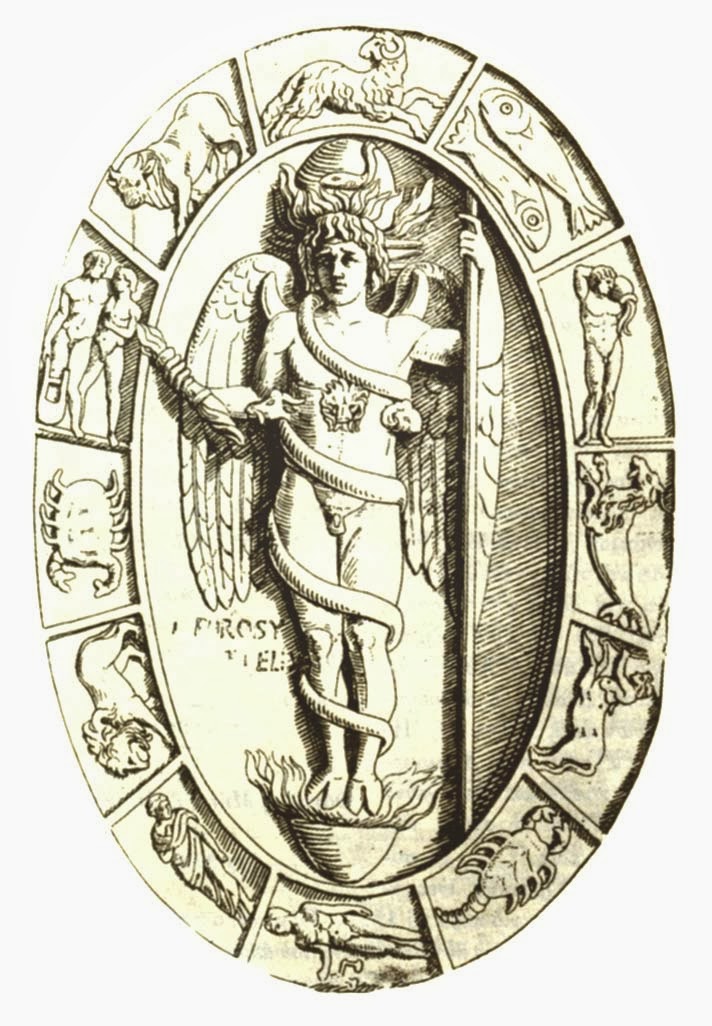 From there began and the Orphic Mysteries. Lykourgos, He reigned in Idwnoys, near the Struma, opposed to the worship of Dionysus, attacked the Bacchae sequence and threatened the life of God himself. Called how the Charops, helped Dionysus to beat and kill the Lycurgus, how he, getting the power according to the will of God winner, spread the worship of and how he taught his son Oiagro the Dionysian rituals, later his son Oiagroy, the Orpheus formed and systematized, so that became widely known as Orphic Mysteries.
Orpheus is a strange mythical figure, without clear hero traits, God or semi-God. Characterized as a "charmer from music and divination", but it was also rapporteur of certain secret ceremonies, religious poet, Prophet and priest. Additionally honored in his grave with sacrifices as a God and not enagismata like the heroes. Descended from Thrace and acted either in the region of Pieria, where there was the tomb of, whether in the area of Mount Paggaio . Orpheus after the descent into Hades, Re’ where failed to restore the Eurydice,{ in almost all the mysteries, There is suspicion of passage to another world. But what is this “Another World”; This is not of that talk now.}He returned to the upper World pained, and seven days roamed unspoken without food or mourned on the banks of a river , Maybe the Struma.
In the Centre of the teaching he entered the so-called ascribed to Dionysus Zagreas, son, in the "sacred ground" of the Orphic, of Zeus and goddess of the underworld Persephone.

So we can get to a first conclusion how the polis is an Amphi-NAO-grave dedicated to the mysteries of life and of death. A passage to the underworld of the dead. There were mysteries and only the insiders got to lower parts of the . No one knows what is the actual depth. If they can be cannot discover. Where that leads. And what is the relationship of laboring through underground worlds. With what and how many descents logs. What gates – passages has. And still , connected underground through the Elefsina and even what apart through the Egypt , the Ethiopia, the Libya;

Persephone implies the soul. Pluto implies the black darkness where it gets the soul, the steals. Something as this where our Orthodox religion tells how the devil to steal the kairofylaktei our soul. Hermes psychopompos is .

In the Prefecture of Serres and specifically in the region of n. Zichnis placed the Nysio field, renowned in antiquity for his horses, where Pluto grabbed her daughter Jane, Persephone. Homer calls in the Iliad pageOn "Nysiion". Other ancient texts indicate that in the plain North of Pageos was the ' Nysio ' field.

The abduction of Persephone by Hades, God of ypochthoniwn areas, is one of the most famous myths of Greece. Referred to in’ This extended one of the Homeric hymns, where the poet of, He devotes to Demeter, presents the various adventures of the drama of Rapture.
http://filosofia-erevna.blogspot.gr