Home Al - posts Selective Amphipolis. gr | The goddess Demeter and the custom of Mpampws in Serres

Amphipolis. gr | The goddess Demeter and the custom of Mpampws in Serres 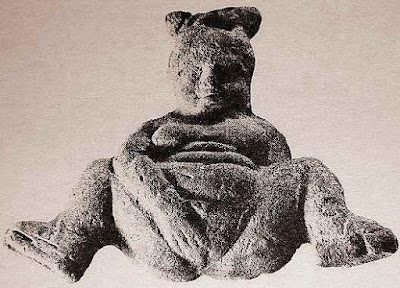 According to the Orphic tuition Goddess Dimitra He arrived in Elefsina searching to find the Daughter of. THE Dimitra looking for the Daughter of nine days and nine nights without eating and without drinking, shouting her name constantly….
The old lady was looking at transformed, with unbound hair, tattered, mute and inconsolable, vivid picture of maternal grief. The tenth day, After an unpleasant encounter with the Neptune, among the flocks of Ogkioy, arrived in disguised Elefsina. He sat on a stone named sullen, near Kallichoron shaft. In this terrible situation full of immense grief and mourning have found the goddess the four virgins, the Callidice, the Kleisidiki, the Dimw and Kallithoi the biggest of the daughters of the King of Eleusis Celeus, the time that went into the well to fill with water the bronze ydries the. Asked what is the replied that called DIO, they were kidnapped from the Crete Pirates, of whom had escaped and called for work.
The new led to Palace, where, the King Keleos and his wife Metanira (in other Baybw), the greeted friendly, and invited to stay and become a nurse of Dimofwnta of the newborn Prince. It is said that once he entered, a celestial light covered everything. and the Queen Metanira, full of AWE, He stood up and gave the throne of, which goddess but refused. 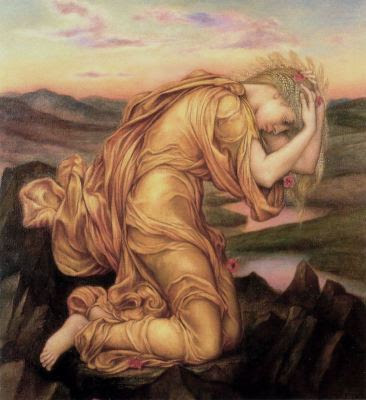 According to another version the hosted the Baybw who was the wife of Dysayloy, his brother King of Eleusis Celeus, his mother Triptolemos, of Eyboyloy, of Prwtonois and of the Nisas.
The most likely scenario, however, as to what exactly was the Baybw is the following:
So when I found the Goddess Dimitra the Palace still remains silent and inconsolable for the loss of the Kore and because the saw depressed gave Warren but she didn't accept.
Then the daughter of chwli Celeus, the Iambe (in another version of therapaina Metaneiras and daughter Panos and of the Echo) to soothe the sorrow of tried to console with comedians coarse but the nanny lyrics, the Preah Baybw, is that the console Dimitra and managed with jokes and lewd gestures to entertain, to make her smile and drink the imbroglio; that put an end to the long abstinence from food.
And the way:
He sat down opposite the goddess with open legs, He lifted up her dress and with indecent gestures showed her ugly body and the posterior and sighed like I laboured.
And unexpectedly from the vulva of Bayboys forward by the Iacchus who was laughing through the womb of. THE Iacchus was the divine child of The Eleusinian Mysteries and it is said, How was the child of Persephone, I had coming to announced the head of the ceremony priest of mysteries. Is the deity who leads the course of initiates to Eleusinian Mysteries. 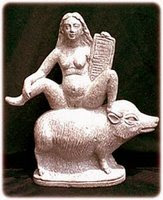 In another version he was the son of the goddess Demeter. THE Iacchus, lead us and not arbitrarily, in nickname the God Dionysus, the name Bacchus, that plus sound, certainly not random, in the events of Demeter. Maybe well, the implicit and hidden of the performed The Eleusinian Mysteries It was what he saw just, in naked matrix of Baboys the Goddess Dimitra.
End, When other, the triptych Iambe, Dimitra and Baybw forming the famous Trinity, Virgin, bride and old lady,gonimikoi notation about the stages of wheat: seed, bloom and summer.
The name Baybw means “matrix” from the word groin the place between the degree, i.e.. the groin. THE Baybw well it was feminine divinity gonimiki that the name refers to the female vulva. In another version, however, comes from the baybw ' koimizw, lull ", < baϋ bau [ARC. pronunciation bau bau], imitation of gabgismatos of exaytoy and dog shows and the verb baykalizw {baykalisa, -tika, -Fury} = tricks or tranquilize (someone) with false promises or cultivating futile expectations..
The effect of Orphic the Baybw replaces the Iambe who is the personification of the the comic element in Eleusinian mysteries and change serious and melancholy character who had until then. The songs are called Lampoon character and is in iambic meter in honor of Iambis. The sixth day of Eleusinian mysteries that was devoted to Iakcho, eleysinioy River Bridge Kifisou, the faithful among them exchanged obscenities and lewd jokes,chontrologa and skwmmata, that was «gefyrismoi». in imitation of the vulgar teasing Bayboys- Iambis.

So the Iambe and Baybw personify the obscene songs Iambikoy measure that tragoydiotan to relieve emotional tension during the The Eleusinian Mysteries. 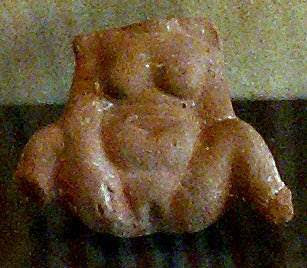 This tradition is not lost. Continues through the centuries to our days.
Every year, at 8 Jan, in areas of the County Serron and of the Thrace the custom of “Mpampws” that is fertility celebrations. S.’ This custom dominant role have women, with the men to remain in their homes or watching from afar. During this day, all married women of the village, under the sounds of musical instruments gather in the central square and from there move to the home of mpampws (Baybw) to offer gifts. Babo said the elder woman of the village, that was in the past and debts mamis. (n.b. Baybw-old-birth of iakchoy)
Then, forming procession, with skwptika dance songs and wine, the square carry embellished as a bride. The events are unsuitable for men's ears. If Fri’ all these daring someone to approach, then the women chasing him, the splash and trying to make a garment, which then would auction. After the end of the procession Fiesta “behind closed doors”, with skwptika songs, traditional dishes and wine, till you drop!
The custom was brought by the Thrakiwtises stone of Eastern Rumelia and celebrate every year since their establishment in new Stone Serron. Much later spread to other villages of the Prefecture of Serres. According to folklorists, the custom has roots in ancient Greek and is reminiscent of the "Thesmoforia" and more "Alwa", they were in Athens at the same time. Over the years we have seen how important-and essential- is the presence of Bayboys so that dominated and other observances outside the Eleusinian. 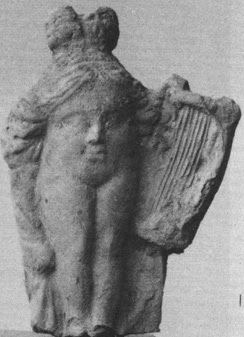