Amphipolis.gr | Thucydides, the Trojan war and the concept of myth

There is no doubt that the Homeric epics move more in myth than to historical reality. This is quite reasonable, After the epic concept, by default, involves exaggeration: "epic: poetic composition long-term inspiration and magnitude with intertwined stories, who celebrates with thriambologiki, laudatory and often Exoraistiki disposal known exploits heroes, gods and rulers ". (Dictionary of Mpampiniotis).

The epic aims to delight. The saga concerning the recreational potential of the panel having fed with myths. There is nothing more detonative, more balancing, more exypsotiko while more soothing than the team legend. That's why bards related festivals. Why the festivities associated with the wild, ie emotional release. Legend is the gate of this mechanism. It is the ritual of togetherness, operated almost intuitively, like illusion together, as equity surpassing oneself, as unconditional surrender, as collective - the limits of the metaphysical - experience.

And this is precisely the escape. We are talking about the exodus of individuality, that wants, just for a little bit, to unite with others. And the more alive the myth represented, the more true is. The myth truth is but the measure of vanishing intensity. The aim of the myth momentary loss of consciousness, which diffuses into the consciousness of the imaginary other that shape its evolution. And from here begins the conformation. Why is the identification and aversion that inevitably arises, as empathy, is not the unconscious restore self that underground is invited to take a stand, but implementing the myth that forces the audience to join diadramatizomeno scene.

Conflicts of imaginary cosmogony are personal affair, After, by overcoming the self, All are personally, turning the myth into experiential Treaty. The experience of the myth is the greatest emotional recovery, only as identification can be interpreted that becomes obvious pedagogical dimensions, transforming the imaginary buffer behavior factor in shaping desires against the alleged standards. Therefore the Homeric epics were the most reliable training material in ancient Athens. That "it still has a prominent position in today's schools. Why make it clear that the good identified with valor, patriotism, etc. and that the error is identified with cowardice, selfishness etc.. Faced with this truth optics has little importance.

But if the myth coincides with art, the truth is identified with science. And if the story is the search for the truth about the events of the past then there is no choice but to acquire scientific dimensions, only methodologically can be secured. And exactly here starts the role of Thucydides: "Thucydides the Athenian, wrote the history of the Peloponnesian War and the Athenians, how they fought each other, starting to write soon broke, and he predicted that large dimensions will take more remarkable than all the previous will be ". (book first, a paragraph, translated by A.. Georgopapadakou).

Thucydides obviously spent the first seven years of the Peloponnesian War Athens and knew the facts firsthand, having heard the words of Pericles and discussions about Pylos and Mytilene. When the 424 BC exiled for 20 years due to the loss of Amphipolis, fled to his estates in Thrace and devoted himself to writing the history of the war by defining for the first time in mankind the principles of scientific historiography:

"The operations during the war were, not judged proper to write them based on the first of the information or as I thought, but after I researched every possible accuracy for each, both for him that he was present and for those who learned from others. And identification was difficult, because the witnesses did not say the same for the same incident, but everyone according to his sympathy for one or the other faction or katapos remembered. And as to hear my narration, because missing from this mythical, perhaps it will seem less pleasant. But those who will want to know exactly what happened and those, according to human nature, will be once again such or similar as to consider my job done payload will be enough. The project is written more like essay eternal than a temporary reading can He hear some pleasant ". (book first, paragraph 22, A translation. Georgopapadakos). 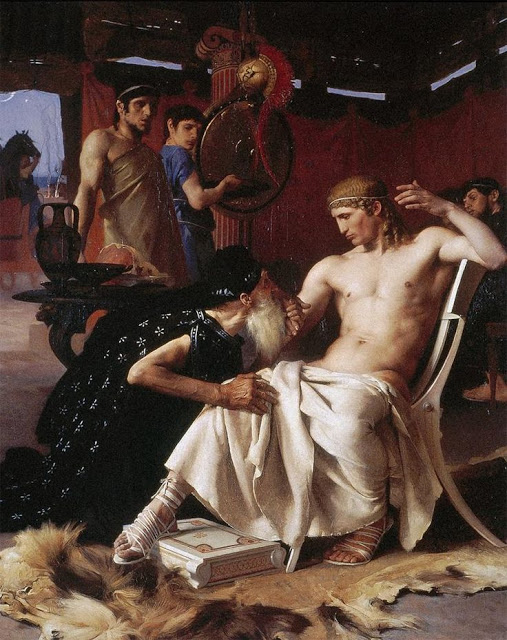 Thucydides makes clear from the beginning that does not write for pleasure, but for the truth.But again we face teaching - pedagogical component that will benefit humanity, After, for Thucydides, The story moves from laws that require it to repeat "such or similar" and moving "according to human nature". That just interested Thucydides, human nature. Why is the official record of history is nothing but the study of human behavior in the various historical stimuli that the more one studies the, more notes that resemble.

Thucydides does not trust the facts "as sung by the poets, that exaggerated and embellished, or as reports Dictaphones, most requested to delight their listeners than to tell them the truth .... ". (book first, paragraph 21). Besides well aware that people are quite prone to myths: "There are many other things, and yet modern and not forgotten by polykairia, for that and other Greeks have erroneous opinions, like for example that the kings of the Spartans have one vote each, but two, and that there is a company Pitanatis the Spartan army that never existed. So little inconvenienced by many to seek the truth and more inclined to accept ready ". (book first, paragraph 20).

The Trojan War by Thucydides the lists in archeology. When Minos organized the Navy and fought piracy, making its seas safer, They began to flourish coastline. There being some "rich built walls around their cities. Why desiring profits, and the poorest accept dependence on stronger, and the stronger, having wealth, They made them vassals smaller cities. They are no longer in this condition, When, αργότερα, He has made the campaign against Troy '. (book first paragraph 8). 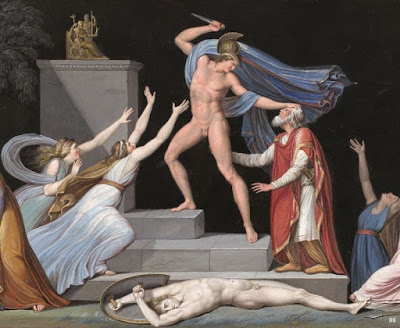 The imperialist game of power was the necessary condition to pass the Trojan war:

"Agamemnon, in my opinion, He managed to gather forces for the campaign against Troy, mainly because it was stronger than other rulers, and not because of Helen's suitors, made their leader, They were committed to the vows which they had to Tyndareus', and complements: "After receiving the inheritance that Agamemnon and simultaneously acquired a navy stronger than any other, could in my opinion will make campaign and those who followed him, the 'kaman more by fear than by courtesy.

Is, Moreover, obvious that he took part in the campaign having the most numerous ships and that gave Arkades, as mentioned by Homer, if one can rely on the testimony ..... If, well, Agamemnon had no significant navy, it could not, and it was a landlubber, to dominate islands, except nearby the, not many. And from this campaign should conclude what was the earlier situation ". (book first, paragraph 9).

Thucydides, defines the authority's financial interests as the driving force of history. So it speaks of human passions. Why there are no divine intervention, or games of fate, nor fortuitous events. Only the battle of power, namely the human factor. But the disenchantment of the Trojan war and regards the piece of actual warfare: "Even if you have to give and here faith in Homer, who, as poet, it is natural to the exaggerated, and this campaign again was obviously lower than today.

So says the poet that the twelve hundred ships that took part in the campaign, Boeotian had one hundred and twenty men each and Philoctetes fifty, wanting to show so, in my opinion, the biggest and the smallest.Certainly the list of ships not mention another size ships. That, Moreover, all the men were both rowers and warriors to mention, when you are talking about the ships of Philoctetes. He says here that all rowers were archers. Passengers, except kings and foremost officials, it is unlikely that many were on board, one and was to spend Sea loaded weaponry and also had no deck, but they were made in the old way, as pirate. So if you take the average of the larger and smaller ships, It does not seem to be many people who took part in the campaign, a and sent thereto warriors from all over Greece. 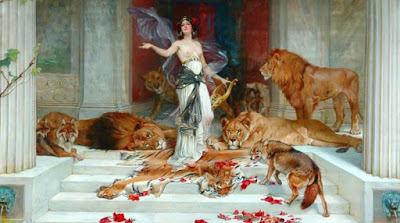 Reason for this was not so much the lack of people as lack of money. Because of inadequate supplies had brought little army, so only as they hoped he could be maintained locally by fighting. And when we landed and defeated in the first battle (it is obvious, because otherwise they could not have wall to protect their camp) and they do not seem to have used all their strength, but from lack of food, They engaged in the cultivation of the Peninsula and depredations. Because of the dispersion of their forces were the Troadites withstand ten whole years war, They were tied with the Greek forces at a time lived in the camp.

If, Instead, Greeks had come having food reserves and instead engaged in agriculture and looting, then fought together, easily, thanks to their superiority in battle, They would conquer the city, and after that was scattered and only part of their army whenever available, withstood. If, Moreover, They were making regular siege, They conquered Troy in less time and with less effort. But lack of money and before the Trojan was insignificant, and these same, Mole who were more famous than the previous, demonstrated by things that were inferior to the reputation and tradition, thanks to poets, He has now prevailed for them ". (book first, paragraphs 10 – 11).

Though, as a clear knowledge of the history - only the story as science can offer - becomes indispensable for sound judgment of events (namely human behavior as unfolding through the centuries), equally enlightening works and legend, that, ultimately, transforming events into art - in the light of the excesses of data - penetrates the human abyss turning it into an object of interpretation.We say in front of two conflicting mechanisms, finally reconciled, since in substance the same objectives.

Identifying behavioral incentives, the concept of collective action, the ambition of individuality, Extrapolation of the events in the present, attempting Forecast, reflection, identify the possible recurrence, the perception of continuity through the centuries, fanaticism, the economic interest, the irrational barbarism etc etc, in short pedagogical role of human study, the subject of historical development, concerns and history, as a scientific concept, and legend, as a concept art. That is why the historical restoration of the Trojan War by Thucydides, You will never frustrate the fictional rendering of Homer, but will tie in to the same eternal contrarian while joining skein. 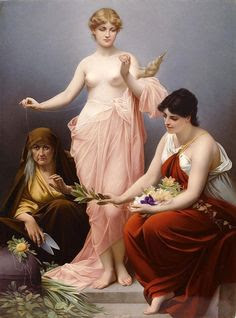 The problem starts when the limits are lost and when the myth presented as fact deliberately distorting the historical truth. When that story coined arbitrarily converted from truth-seeking mechanism propaganda interests of service tool. But here we are not talking about legend. We are talking about opportunism, and this is a completely different story.

The Trojan horse (Trojan = wood) in Greek mythology is construction inspired by Ulysses, a wooden horse-crypt. Purpose of Ulysses was to mislead the Trojans and to perceive it as a gift and as a sign of good will and peace from the Achaeans.